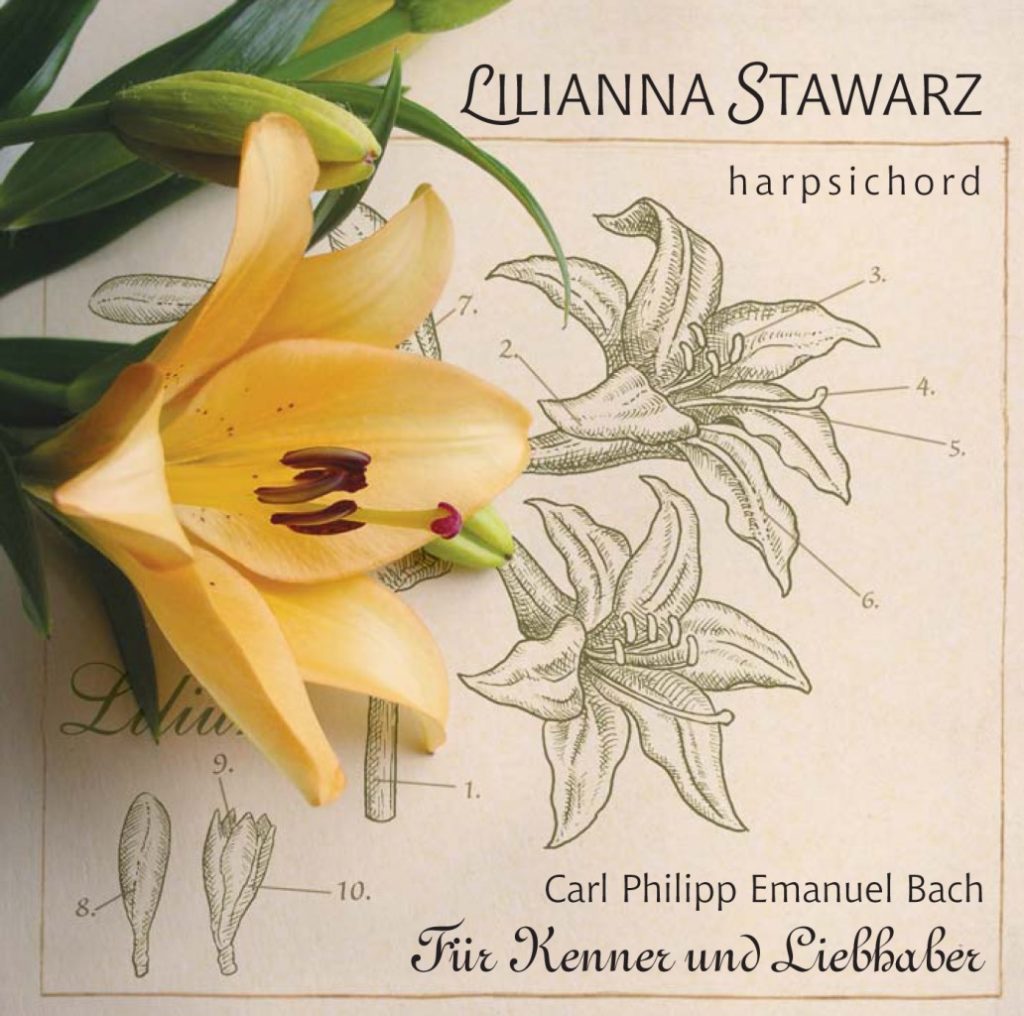 What is it like to be a son of the musician of all times and still practise the same profession?

Carl Philipp Emanuel Bach (1714-1788), Johann Sebastian´s second eldest son, proves that even being brought up in the shadow of a great individuality one can find their own, independent path. Neglected for long years, his figure has come out of obscurity in modern times as an example of those few sons of their famous fathers who could leave their own indelible mark in the history of music.

As a child – just like his many other siblings – he studied with his father, playing the organ and the harpsichord, and since the age of 15 was taking part in Johann Sebastian´s performances of sacred as well as secular music. In 1738 he was appointed court harpsichordist of Prince Frederick, who later became the king of Prussia (the post was presumably granted thanks in no small part to Johann Sebastian´s acquaintance with J.J. Quantz, who taught Frederick II the flute). The position, however honourable, did not bring with itself bright prospects for an ambitious musician – all Carl could actually do was accompany the flute-playing king, not expecting to become a much more respected kapellmeister or court composer. Dedication in 1742 of his six “Prussian” harpsichord sonatas to the monarch did not do much to help the cause. In any case, Bach was to publish about a dozen more such sonata collections towards the end of his life, not to count plentiful compositions brought out separately. In 1744 appeared in print the so-called Württemberg sonatas, dedicated to C.P.E. Bach´s pupil, Prince Carl Eugen von Württemberg, and one of them is included on the present recording.

Johann Sebastian himself paid a visit in 1747 to the king (and his own son), the artistic fruit of which being the so-called Musical Offering (Musikalisches Opfer), based on a theme invented by the monarch, but the trip did not help Carl Philipp´s position at the court. Feeling underestimated in Berlin, the composer tried to obtain other posts: for instance, after his father´s death, he twice made an unsuccessful bid for the job of the Thomaskirche Kantor. The unfavourable situation took a drastic shift in 1767 when Bach took over the prestigious position of music director of the city of Hamburg after Telemann, his godfather. He remained there until the end of his life. Finally independent, Bach was given a free hand to fulfil his own ambitions – – he conducted works he found interesting (for instance his father´s compositions, but also ones by modern composers like Haydn), and put to print his own pieces, like six sets of sonatas “for the connoisseurs and the music lovers” – “für Kenner und Liebhaber” (1779-87). The first collection brings together earlier compositions, while the latter ones contain newly-written pieces: in accordance with subscribers´ wishes they are no longer solely sonatas, but also rondos and fantasias.

Unlike his brothers, Carl Philipp led a stable, hard-working life, and his publications brought him considerable financial success. His elder brother, Wilhelm Friedemann, after an argument with the Halle authorities, relinquished the post of the city´s music director and embarked on a career of an independent virtuoso, but he died in poverty. Johann Gottfried Bernhardt, the third of Johann Sebastian´s sons with his first wife Maria Barbara, was employed at Sangerhausen as organist, but he seems to have disappeared from there in quite mysterious circumstances (his father expresses sadness at such behaviour in one his letters from this period), leaving a heavy debt behind and, not informing anyone of his intentions, taking up law studies in Jena, where he soon died. On the other hand, Carl Philipp became a distinguished figure of the city of Hamburg, in the end leaving an enormous output accounting for more than a thousand compositions, and a famous treatise on keyboard playing Versuch über die wahre Art das Klavier zu spielen (1753), which enjoyed immense popularity all through the nineteenth century. With a good merchant´s meticulousness, towards the end of his life he was preparing a catalogue of his own works (presumably the first of its kind in the history of music), Nachlass-Verzeichnis, in order to facilitate distribution of his oeuvre to the ones who would inherit it. Moreover, he sold the rest of his edition of “für Kenner und Liebhaber” sonatas to another publisher, so that he could leave his family some cash. At the same time he elected to destroy his youth works, judging them unworthy to be left for posterity (“I am glad they are gone”), and mocked the king of England who took great care of preserving all of Handel´s oeuvre, uncut and unedited by the composer while he had been still alive.

Of all Johann Sebastian´s sons, it was Carl Philipp who would exert the biggest influence on the development of keyboard instrument music. Unlike many other pupils of his father, who could only try to emulate the style of the master, he was able to create his own, individual language, opening up a new epoch and paving the way for the Viennese classicists, for whom he became the greatest master. Haydn wrote of six sonatas by Carl Philipp Emanuel that he came across in his youth: “I could not leave my fortepiano until I played over each piece, and everyone who knows me well should admit that Emanuel Bach had a great influence on me and I studied him extensively”. Mozart, who always held in high esteem Johann Christian, Bach´s much younger half-brother, a few times in his letters is asking to send him Carl Philipp´s works. Having been asked to say a few words about the composer, he was once to claim: “He is the father and we are the children, everything we really know we know from him”. Beethoven, on the other hand, writes in one of his letters: “Of C.P.E. Bach I have only a few things, but some of them can serve a real artist not only as a pleasure but as education too”.

The new style, in which Johann Sebastian´s son wrote, was termed “empfindsamer Stil”, or “sensitive style”. Here music becomes a language of feelings, Sprache der Empfindung. Whereas the Baroque rhetoric appealed to the intellect, and had a whole gamut of fixed figures at its disposal to demonstrate appropriate “affects”, the Enlightenment, age of reason – ironically – reaches out to the very heart. In place of polyphony comes beautiful, finely embellished melody. The player must evoke in themselves the feelings that the composer had while writing the music, and in turn evoke those feelings in the listeners. Extreme, rapidly altering emotions are achieved by sudden shifts of texture, tempi, unexpected suspensions, expressive harmony, or alternate melancholy and virtuosity. In Carl Philipp´s capricious music the element of improvisation is employed not only in – by definition – improvisatory fantasias, but in sonatas and rondos just as well. Subtle performing nuances are now notated by a whole array of reappearing articulation markings, a rich palette of embellishments, carefully given dynamic signs, or – in some cases – things like a Bebung, the tremble of a finger on the string, possible exclusively on the clavichord. Quite a different area of study is the question of the instrument for which C.P.E. Bach intended his compositions. The German word Clavier/Klavier referred at that time to a keyboard instrument in general, and was used in contemporary publications in order to broaden the prospective range of recipients. There was usually no need to specify whether it had to be a harpsichord or a clavichord.

The former was especially suited for a solo performance at concerts, while the latter, much softer in sound, for domestic music-making. It was in times of C.P.E. Bach´s artistic activity that a new instrument emerged, first treated as a curious technical novelty, but gradually developing into one that could meet all the expectations and requirements of serious composers. The instrument was the piano, or the fortepiano as its eighteenth-century predecessor is often referred to. Carl Philipp´s opinions on this instrument were evolving. In the first edition of his treatise Versuch über die wahre Art das Klavier zu spielen he sounds rather sceptical about new pianos: he claims that they are good for softer chamber music, nevertheless nothing can replace a good clavichord when it comes to fully expressive works for connoisseurs. He was a famous virtuoso and improviser on the latter, and people made virtual pilgrimages to Hamburg just to hear him play it. At those performances he was losing himself completely: according to an eyewitness “his eyes froze, his lower lip went down and his soul flew away after his feelings”. The work he had at his disposal was indeed an excellent Silbermann clavichord, and Bach even devoted one of his pieces to it specifically (Farewell to my Silbermann clavichord), when he was departing for one of his voyages. He did however manage to come to terms with the piano eventually: in titles to volumes 2-6 of Clavier-Sonaten für Kenner und Liebhaber it features as an alternative (“fürs Fortepiano”). Thus it is music that is suitable for performance on any kind of contemporary keyboard instruments, and each time may appear in a different, characteristic guise.

In the last year of his life, being 74, Carl Philipp Emanuel Bach wrote his Double Concerto in E flat major for harpsichord and fortepiano. The fact may be interpreted as a proof that the composer decided that it is time for the piano to accept a challenge from the harpsichord in terms of strength of sound, mechanical perfection and expressive possibilities. It was in 1788. Beethoven was 18, Mozart had three more years of his life left.