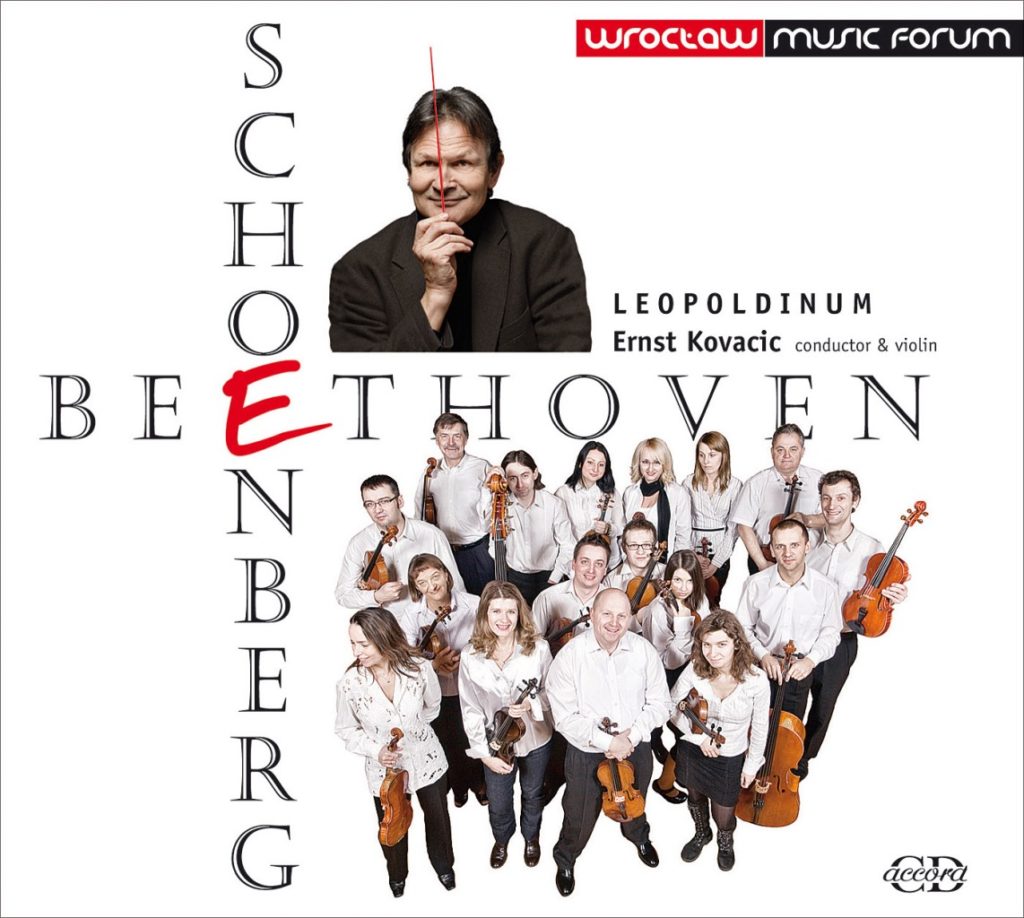 The recordings on this CD offer a rare opportunity to get acquainted with both the beginnings of a composer’s growth and the mature works written at the summit of his artistic life.  The two early pieces by Beethoven and Schoenberg were virtually never performed until these two artists gained recognition as important, radical innovators in their respective periods. On the other hand, Beethoven’s late and long misunderstood Great Fugue op. 133, a unique work conceived as part of the three String Quartets dedicated to the Russian Prince Nikolai Galitsin, already foreshadows the art of such masters as Bartók and the compositional techniques of the “Viennese School” centred around Schoenberg. Though the Fugue is unique, it is nevertheless related in composition to op. 132 (in A minor), and to op. 130 (in B flat major); it was originally an integral part of the latter: its last 6th movement – the finale. It could be said without exaggeration that the two composers fit in very well with the concept of genius whose Romantic cult began with Beethoven, and came to its close with Schoenberg.