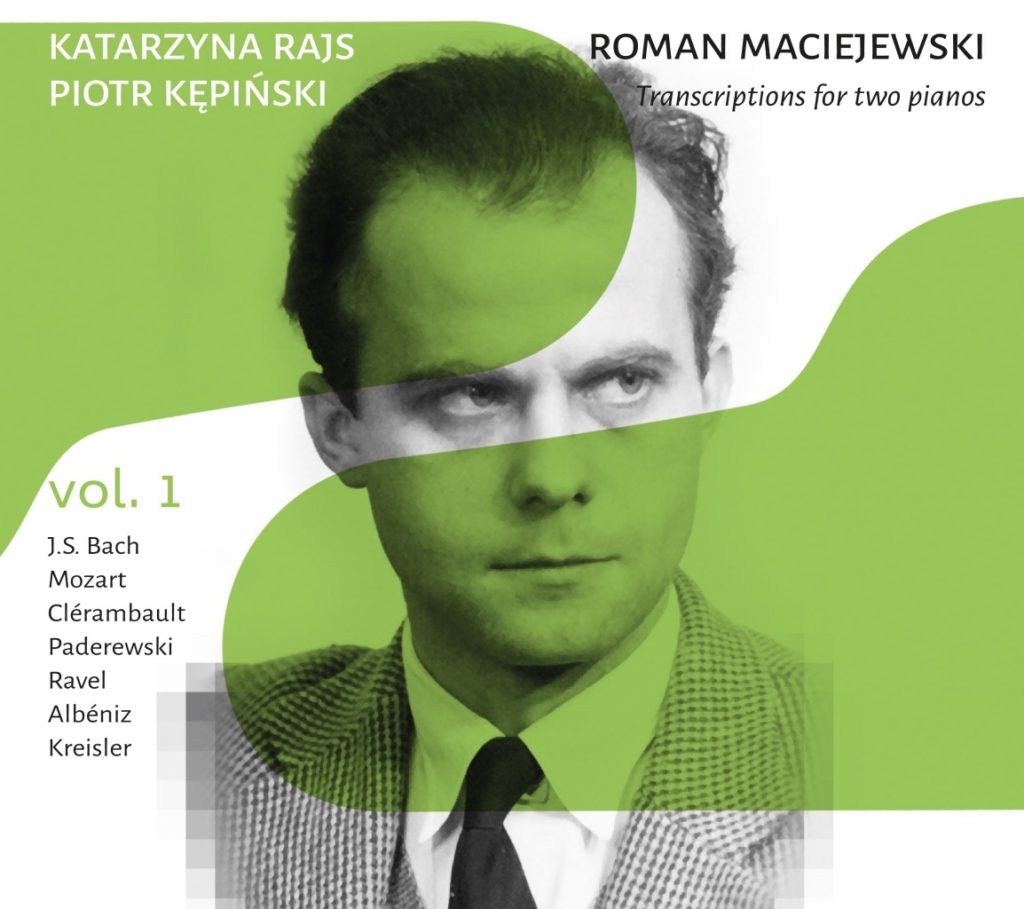 Piano transcriptions of great music works created by Roman Maciejewski, like his many other compositions, they were ‘taken out of the drawer’ by his brother Wojciech only in the late 1980s. It is a varied collection including four-handed or two-piano compositions. These stylistically and formally diversified works are masterpieces of the musical repertoire of all ages. The dates and exact circumstances of preparing the transcriptions remain unclear. It is known that Maciejewski produced most of them in Sweden at the beginning of the 1940s. They were meant for performance during a series of concerts in Gothenburg and Stockholm, where Maciejewski played in a duo with the English pianist Martin Penny or the Russian Alex Portnoff. There is no detailed information concerning the programmes of those concerts; only fragmentary data are available, on the basis of which it can be concluded what they were like. Marlena Wieczorek, in her monograph dedicated to the composer [Marlena Wieczorek, Roman Maciejewski. Composer of a Lost Generation, Poznań 2008], describes the specific circumstances of those wartime concerts, focusing on the performance which was held on 8th May 1942 in Stockholm Concert Hall (Konserthuset). This musical event, organised under the patronage of Polish-English diplomats, was held for the benefit of the Polish Aid Committee for Poles. Maciejewski and Penny were advertised as well-known and critically acclaimed artists. (…)
When reaching for this repertoire today one should be aware of the specific character of such works and their performance. On the one hand, it is a form of popular music, but on the other they are individual interpretations of great musical masterpieces. This is reflected in Maciejewski’s choice of compositions to be transcribed, which included not only the trendy Tango by Isaac Albéniz and the sentimental Liebesfreud by Fritz Kreisler, but also the Variations on the theme Unser dummer Pöbel meint from the opera Die Pilger von Mekka by Gluck – which came from under Mozart’s own brilliant hand – as well as Bach’s sophisticated Passacaglia in C minor (BWV 582).
(Aleksandra Kłaput-Wiśniewska)