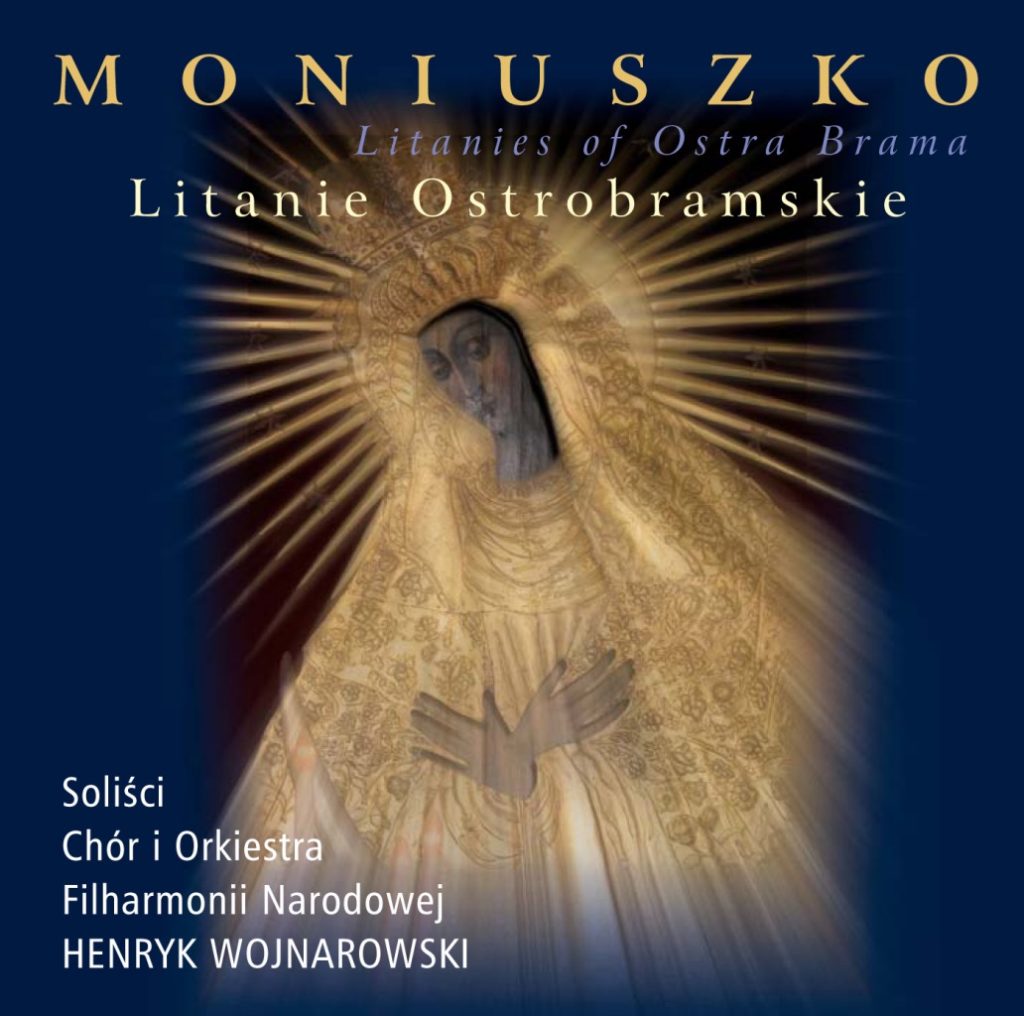 Stanisław Moniuszko is best known as the father of Polish opera and writer of songs with impressive circulation. However, he is also a true master of other genres e.g. church music, a part of his activity unjustly regarded as marginal by many critics.

Moniuszko wrote church music throughout his life not only for practical reasons (being an organist at a church in Vilnius) but mostly because of a deep need resulting from his deep faith. Writing music, to him, was like saying a prayer. `My father,´ his son recalled, `used to get up around five to attend the Prime. He was always very religious and drew inspiration for his religious works from the depths of his soul.´

Moniuszko never strove for a career as a way of self-fulfilment. The glitter of the salons, false splendour and crowds of flatterers – all that was an alien world to him. The sense of life, he believed, was to serve one´s country, church and music. In his letter of 15 September 1860 to Aleksander Walicki he confided: `If I love my work, I love it as a way of contributing to my country´s wellbeing.´ Two years earlier he said: `I don´t create, I merely travel across our land and soak up the spirit of Polish folk songs and instinctively transfer it into my music.´ He did not mention, out of modesty, that whatever he drew he refined and ennobled with his talent, producing music which was communicative, simple and beautiful.

The four cantatas, called by the author Litanies of Ostra Brama are arguably the best religious pieces by the author of The Haunted Manor. Composed in Vilnius in 1843-1855, they are linked with the poet Tomasz Zan, who asked the composer to write music to `the litany of the Blessed Virgin Mary which the people of Vilnius chant psalmodically during May and October Masses at the Dawn Gate.´

The miraculous painting of Virgin Mary had long attracted Moniuszko´s attention. He himself had long joined the Marian cult, so strong in the Vilnius region. Aleksander Walicki, Moniuszko´s biographer, wrote: `Each time before he started conducting, he would shut himself in his study, kneel down before the effigy of the Virgin of Ostra Brama and commend himself to Her care.´ The work on the Litanies was therefore mainly a self-fulfilment for him as a composer and a profession of his faith. Driven by his infallible instinct and using simple yet noble means, Moniuszko managed to render the piety and religious zeal of the simple people. Władysław Wiślicki, 19th century music critic, wrote: `the Litanies, with their solemnity, emotion and austerity of style dominate the whole religious output of Moniuszko.´ Cesar Cui, in his letter to Mily Balakirev said: `Moniuszko´s Litany […] is simply delightful.´

Musically, the Litanies are varied. What unites them is the Latin text. Tomasz Baranowski, Moniuszko researcher, described them as `solemn, idyllic, dramatic and monumental.´ `In Litany No.1 starting with a solemn prelude – he wrote – the musical expression intensifies, following constant changes of relation between the soloists´ chants and the supplicative refrain from the chorus […] Litany No.2 is blissfully lyrical. In the melodious themes resembling at times plaintive folk tunes, the composer wanders off the canon of church music. This tendency results from the loose treatment of the liturgical text and is even more visible in Litany No.3, a kind of dramatic cantata with elements of an opera style. […]

Among Moniuszko´s religious cantatas, Litany No.4 is regarded as the most mature one. It is remarkably transparent and logical in its structure, rich in harmony and expressive in the presentation of the text of the prayer.´

Moniuszko valued Litany No. 3 the most. In 1863 he dedicated and gave the work to Rossini, who thanked him with a letter entitled `To Mr Stanisław Moniuszko, the famous composer´, which later read: `Dear Sir and my dear colleague, I have read with true interest the Litany of your composition which you were kind enough to offer me and I am happy to express my sincere congratulations on the work which, thanks to its admirable style and religious simplicity, should enjoy great success. If I were only to follow the voice of modesty, I would excuse myself from the honour of your dedication which will unite the value of your music with my love to it. I find the latter irresistible, therefore I accept your great work, proud of your friendship.