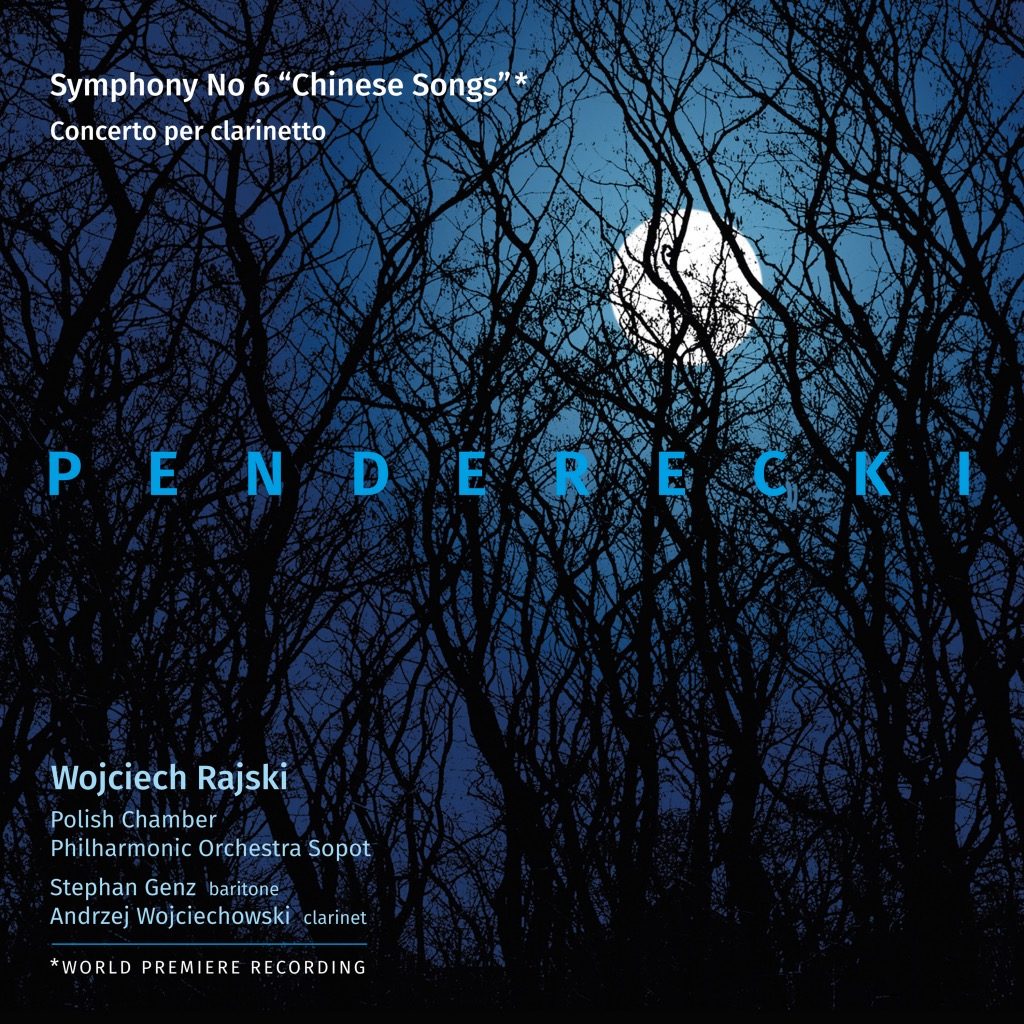 Penderecki - Symphony No. 6, Concerto per clarinetto

Two musical orders meet in the programme of this album, both with reference to the most broadly conceived music history and to the universe of Krzysztof Penderecki’s output. Apart from the opera, which holds its own separate place, they are the two largest-scale formal orders in the musical art: those of the symphony and the concerto, which represent two fundamental ideas: respectively, those of co-operation and of competition.

Krzysztof Penderecki’s symphonic writing is one of the most important elements of his output as a composer, and possibly the most fascinating one. The composer himself frequently emphasised the autonomous identity of his symphonic oeuvre both in the context of Polish works in this genre and in the broad perspective of Western music. (…)
“The Faustian destructive passion has never gone so far in history. […] To humans who are no longer used to contact with the sacrum, nature is but an lifeless entity, devoid of transcendental associations. Ecological rationalism can be of little use in this context. The death of trees, woods, tropical jungles – is not merely a biological problem. A culture that sins against forests undermines its own raison d’être.” Penderecki advances here his thesis concerning the ‘desacralisation of nature’, which, in his work as a composer, gave rise to the idea of Symphony No. 6, which originally received the subtitle Elegy for a Dying Forest. (…)

The Clarinet Concerto is a one-movement form, whose clear-cut internal dichotomy is reflected in the sequence of sections: Lento – Vivace – Lento – Vivo – Lento. Two opposed emotional worlds manifest themselves alternately. The ‘sighing’ motif, which looks to Baroque-type rhetoric, is responsible for the sombre mood of the first Lento. This is followed by a section of relentless motoric drive (in tempo Vivace), which sounds a bit like a perpetual motion machine. The next Lento, more Romantic than the first one, otherworldly and immaterial, leads to the second scherzo, preceded by a cadenza. The final section rounds off the whole narrative form, with the return of the sighing motif and the orchestra and soloist’s joint ascent to the heavenly heights.

Despite the distance of more than 30 years that separates the Clarinet Concerto from Symphony No. 6, the two works are both evidence of a similar turn in Krzysztof Penderecki’s artistic stance – a turn from monumentalism to an intimate and internally lucid type of musical statement.