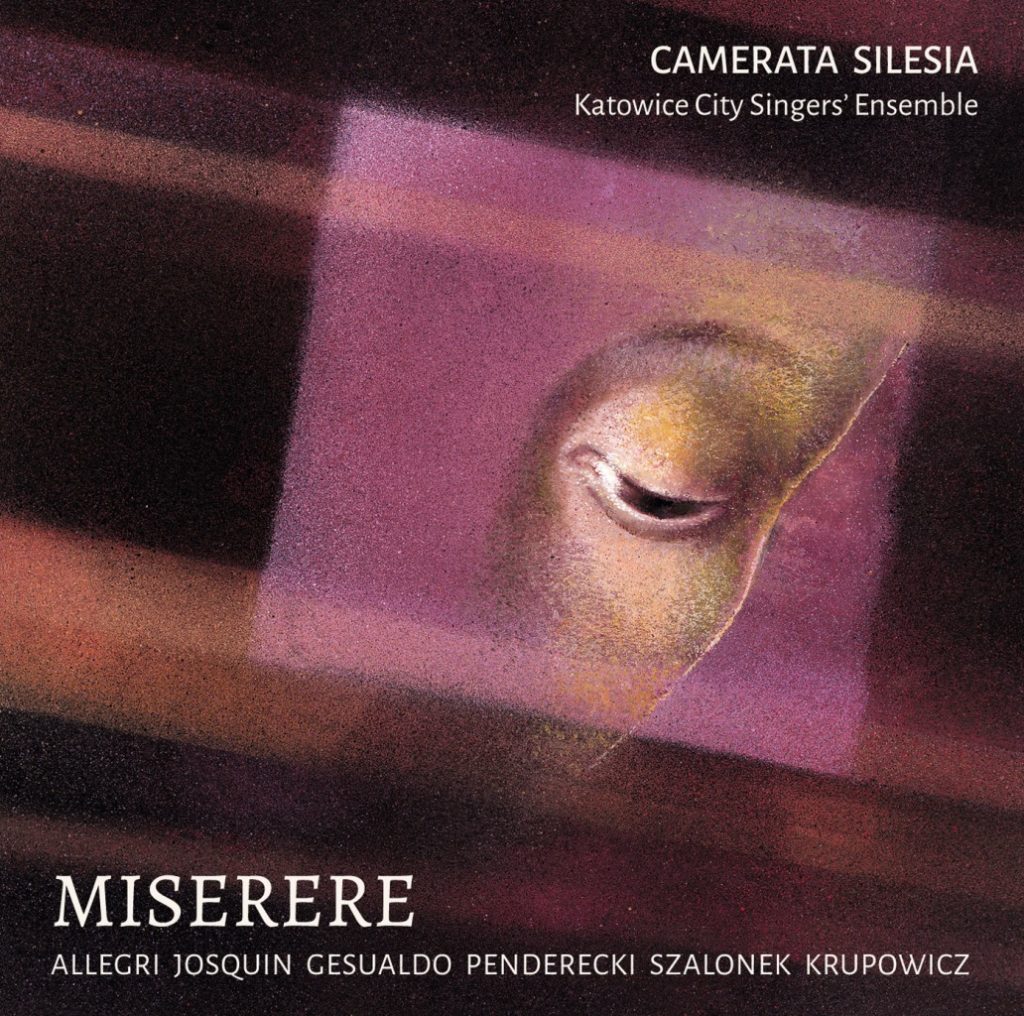 The Biblical psalm starting with ‘Miserere mei, Deus…’ has been inspiration for many composers over the centuries. Many great musical works have been based on its deeply moving text. The new CD Accord album presents six of them, excellently performed by the Camerata Silesia. Undoubtedly, the most famous of them is ‘Miserere’ by Gregorio Allegri, which for a century and a half was regarded as the exclusive preserve of the Sistine Choir and was traditionally sung only at the Vatican during Holy Week. What has made it even more famous is the fact that this closely guarded and never published work with a ‘divine’ melodic line was copied out from memory by Mozart after he heard it only once during his visit to Rome at the age of 14. Another ‘Miserere’ by the ‘prince of music’ Josquin Desprez is a hundred years older. This somewhat austere three-part composition attracts attention mainly because of its fine polyphonic structure. The third work of the same title, by Prince Gesualdo da Venosa, conveys a unique personal message. This Italian aristocrat and great composer was haunted all his life by the fact that as a young man he had caused the deaths of his unfaithful wife and her lover… The remaining three works are by contemporary Polish artists – Krzysztof Penderecki (his composition is part of ‘The St. Luke Passion’), Witold Szalonek and Stanisław Krupowicz. They have been written using modern means of compositional techniques, which has added dramatic meaning to the text. All the recordings were made at St. Mary’s church in Wigry. The high quality of the performance was certainly enhanced by the ideal acoustics of the place.

De profundis. Polish psalms of the 20th and 21st century