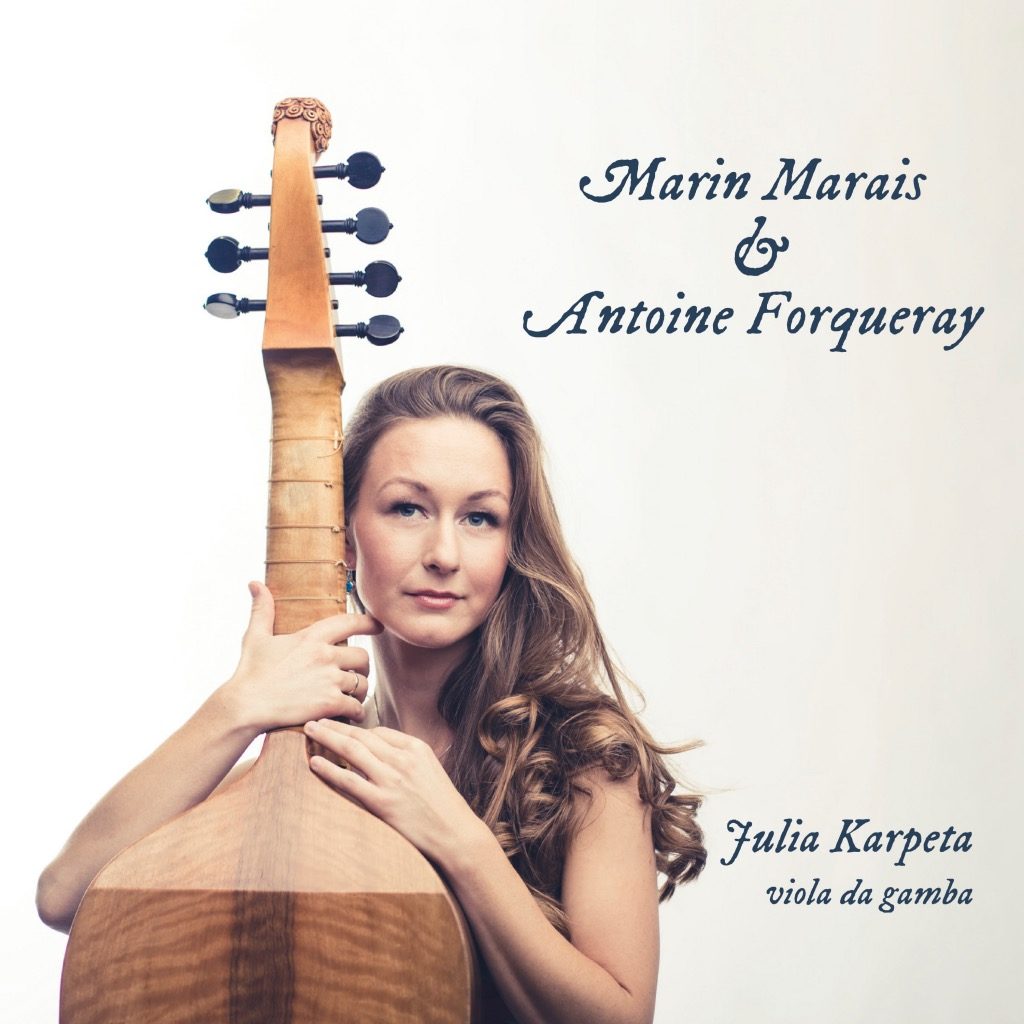 Marin Marais studied the instrument with Sainte-Colombe himself and learned the secrets of composition under Lully. (…)

Marais’ works included in this recording are taken from three different collections. In each case, according to the performance practice of that time, musicians themselves decided about the final sound shape by choosing the parts and line-up of the continuo. Chronologically the oldest work among these included in the recording is the Suite in D major, chosen from the third volume of  Pièces de viole (1711). Its style can be described as conservative and, as far as textural and harmonic solutions are concerned, is rooted in the musical language of Lully’s operas. The choice of parts suggested by the performers is also an expression of their tribute to tradition – the central position is taken by “classic(al)” four dances (allemande, courante, sarabande, gigue) supplemented by a slow prelude (Prélude), which is figured slightly in the Italian style of Fantaisie, nostalgic Plainte, airy Rondeau and elaborate Chaconne. Musicians interpreted the Suite in A minor from the fourth volume of Pièces de viole (1717) in a different way and highlighted its parts with a light and rustical character – a playful Gavotte and Muzettes are here as well as a lively miniature with a suggestive title La Sautillante, and the whole is opened with the Prélude, expressive and full of dissonant harmonies. On the other hand, the Suite in A minor from the fifth volume of Pièces de viole (1725) contains movements which are pathetic and melancholic at the same time. The work is opened with a celebratory Prélude, full of rhetorical leaps and numerous dissonances, which brings to mind operatic rècit or solemn, funerary tombeau. The short and airy Allemande la Facile (easy), that apperas later, leads to a Sarabande characterised by a noble pathos. The monumental and brooding mood reappears in the miniature La Mariée (a married woman), in a pair of minuets as well as in the Rondeau, which closes the work.
A peculiar counterpoint to subtle works of Marais is provided by three miniatures by Forqueray presented on the disc. (…)
The first piece of the recorded ones – the miniature La Couperin – is a musical portrait of one of the members of the famous musical family. A pathetic character of this piece, full of rhetoric interval leaps and dissonances, allows us to suppose that it was composed as a tombeau, perhaps even dedicated to the memory of François Couperin. There is no doubt in the case of the second miniature La Leclair, which clearly refers to the musical style of one of the greatest French violinists from the first part of the 18th century, Jean-Marie Leclair (1697–1764), by the way, a great dancer. The third presented miniature La Buisson is the most enigmatic. On the one hand, its form refers directly to the style of monumental, operatic chaconnes, on the other hand, the composer gave it a title difficult to interpret clearly, which can be translated as a “bush”. Whether it referred to the parts with unusual kinds of figuration, like thorns irritating the ears of listeners from those time, or to the person of Pierre Buisson, the composer’s brother-in-law and at the same time his son’s best man when he married Marie Roze Dubois, it is hard to state unequivocally.
Marek Nahajowski
Translation – Paweł Marek Kruk
TRACKLIST