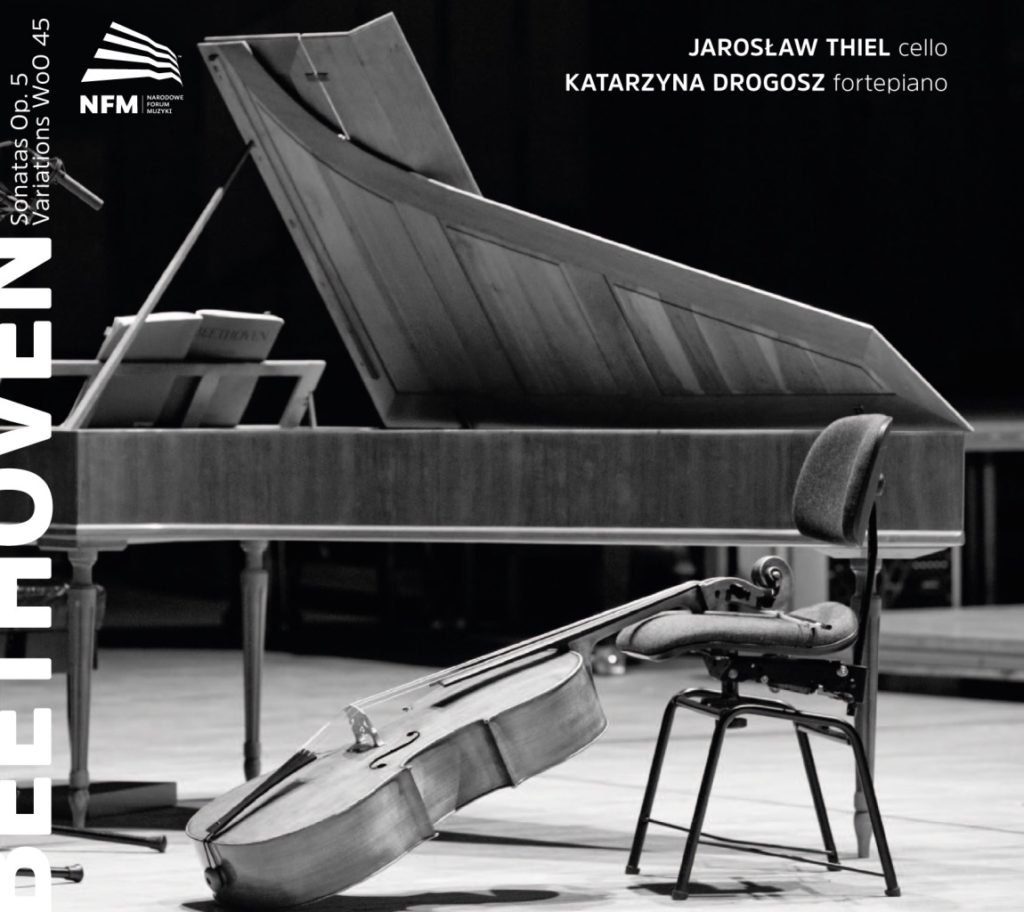 Ludwig van Beethoven’s chamber works are doubtless among the most important achievements in music history. What is really mind boggling is the fact that in Polish phonography we come across very few recordings devoted to this repertoire and produced by Polish artists. The album of Beethoven Sonatas op. 5 featuring the cellist Jarosław Thiel and the pianist Katarzyna Drogosz tries to fill this gap. These pieces take pride of place in music history: they are the first sonatas written for cello in which the basso-continuo-based composing technique was abandoned in favour of a fully developed piano part and the equal importance of both instruments. This recording of the Sonatas is unusual also because it is a pioneering release as both artists play on copies of historical instruments in the historically informed style, which in the case of Classical repertoire is still a novelty on Polish record market. For Jarosław Thiel, Artistic Director of the Wrocław Baroque Orchestra, enjoying long years of collaboration with the National Forum of Music, and previously with the Wrocław Philharmonic, this will be his phonographic debut in a chamber repertoire, although he can boast a dozen or so other recordings as a member of German early music ensembles and conductor of the Wrocław Baroque Orchestra. This recording will surely be an important voice on our phonographic marketplace, due to the quality of the recorded repertoire, the performance aesthetics inspired by early music performance practice and the output of both instrumentalists featured on this album.