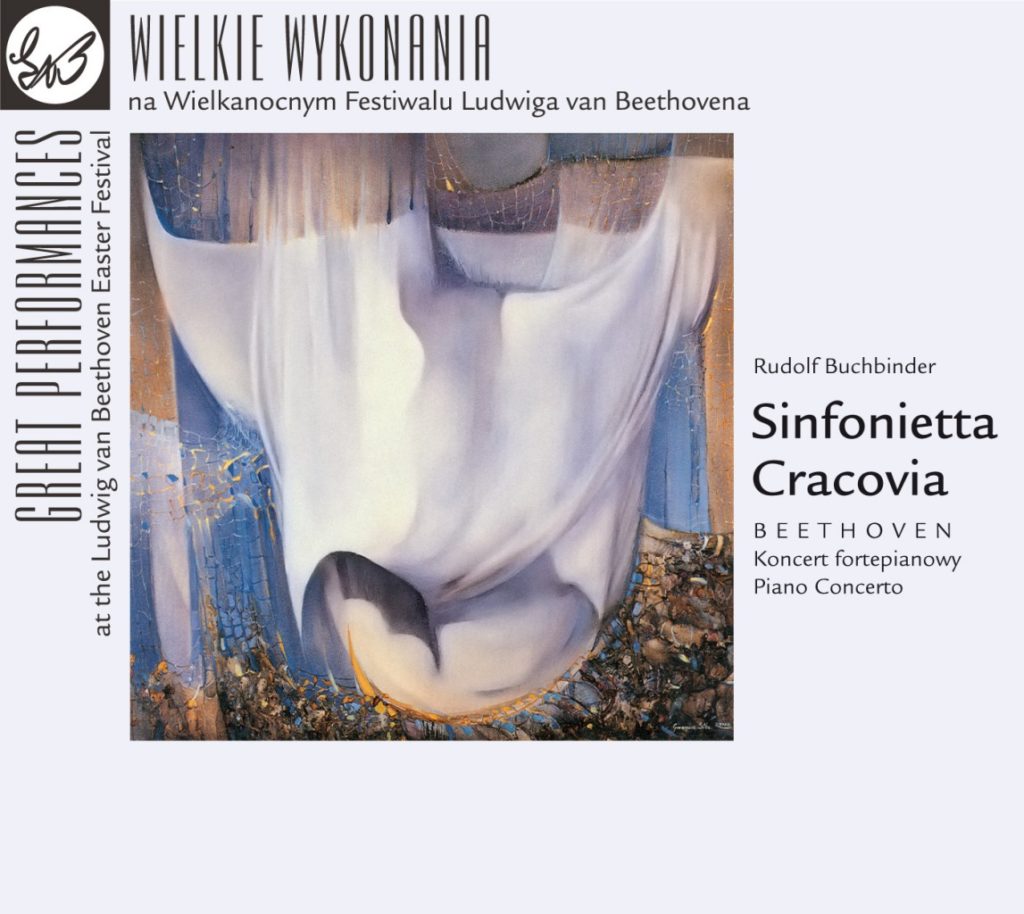 The 6th Ludwig van Beethoven Easter Festival Beethoven - Schubert - Chopin: In Search for the Expression of Own Existence

Ludwig van Beethoven´s piano concertos perfectly illustrate the development of his style and of his artistic personality. The first two, C major op. 15 and B flat major op. 19 , a twin pair of 1798, are associated with the early Viennese career of the young pianist virtuoso and composer; stylistically, they are very much like his First Symphony op. 21. The third concerto, although only a little later, is already part of another period, while the last two, the lyrical and intimate Fourth (G major op. 58) and the luminous Fifth (E flat major op. 72) seem two different chapters from the biography of a mature artist at the apogee of his mastery.

Piano Concerto No. 3 in C minor Op. 37 is Beethoven only concerto in a minor key. Its origins can be found in the late minor-key concertos by Mozart: in C minor KV 491 and Beethoven´s favourite Concerto in D minor KV 466, but the links are distant, traces of general inspiration rather than any general interdependence. In his own Concerto in C minor, clearly a step forward as compared with his earlier work, Beethoven speaks in his entirely individual voice. Carefree play recedes before solemnity; certain dramatic effects are already a prediction of the “Eroica”. Characteristic for the concerto is the tendency to a symphonic shaping of form, a novelty for the early 19th century yet a pathfinder technique for the further evolution of the instrumental concerto genre. The enhanced role of the orchestra is usually mentioned as a characteristic element of this transformation, and rightly so; yet even more important were the changes in the way of shaping the musical material, the enriched theme work and the closer ties between the solo instrument and the ensemble. The orchestra´s tutti opening the first movement of Concerto in C minor has been constructed according to a developed model of symphony. The main theme, introduced discreetly, almost in an undertone – four bars in strings and a response in wind – is immediately transformed, made more dynamic and dramatic; in the recapitulation, it explodes fortissimo in the orchestra´s tutti. It is certainly one of those moments that remain with the audience for good. The characteristic twice-repeated motive closing the first four bars plays an important part in the development. After a virtuoso solo cadence it appears in the kettledrums as Beethoven´s significant “knocking motive”. The piano does not fall silent with the cadence´s last chord, as used to be the rule; it goes on. It takes over the above motive after some ephemeral passagework, sharpens its character and ends the coda with the orchestra. The second movement is maintained in E major. A departure into such a distant key – from three flats to three sharps – can otherwise be found in the final-phase Beethoven. The piano intones a solemn theme in chord texture, an emanation of peace, with nothing to trouble the Arcadian serenity. In the middle fragment of Largo, undulating passagework of the piano against a string pizzicato and a flute/bassoon duet are pure chamber music and no technical display. Another rapid passagework in the short cadence just before the finale bears Beethoven´s significant annotation in the score, “with constant powerful expression”. The fast-flowing and dazzling Rondo is a perfect structure. It is not devoid of a measure of humour, “perverse humour” in Hans Engel´s accurate description.

Although the manuscript of Piano Concerto No. 3 is dated 1800, it was completed two years later. The premiere was held at Schikaneder´s Theater an der Wien on 5 April 1803 and, surprisingly, was not well received at all. The reviewer for the Gazette der eleganten Welt complained that “the concert was less than successful and Mr Beethoven did not satisfy his audience”. There were various reasons of this failure. Chief among these was the conflict between Schikaneder and the manager of court theatres, Baron von Braun. To spite his competitor, von Braun arranged a performance of Haydn´s Creation for the same date, hiring all the best musicians to add insult to injury; Beethoven was left with a bunch of accidental musicians. This orchestra was put through a rehearsal of many hours on the day of the concert; if they could be tired, so could the audience, since they too had to deal with an overloaded programme of the Concerto, the first two symphonies, and the oratorio Christus am Olberge. It only took a new performance by Ferdinand Ries a year later for the concerto to enthral the critics; it was then described as the best ever written. Beethoven, who conducted the concert, asked Ries to play the latter´s own cadence prepared under his, Beethoven´s, super­vision. Ries´s debut performance was a success; on his completion of the cadence, Beethoven exclaimed Bravo!, thus establishing the status of his favourite pupil.

In Piano Concerto in G major Op. 58, the line of the evolution initiated in Concerto in C minor rises all the way to Beethoven´s greatest creative achievements. Completed in 1806, Fourth Concerto corresponds in time to String Quartets Op. 59, Violin Concerto in D major Op. 61 and Symphony No. 6 in B flat major Op. 60. It is together with the latter piece that, in March 1807, Concerto No. 4 was performed for the first time at one of the two concerts at the palace of Prince Lobkovitz´s devoted entirely to Beethoven´s works, the composer acting in the double role of piano soloist and conductor. This concerto and the next were dedicated to Archduke Rudolf, Beethoven´s imperial pupil, treasured by his teacher both as a Hapsburg and a gifted musician. This highlight of the composer´s oeuvre brings original formal ideas, touching upon, at the same time and from the very first bars, highly personal emotions in the work´s expression sphere. With unprecedented audacity for the classical era, the piano begins alone, with not even the slightest of accompaniments. What is more, the protagonist utters its first words onstage softly and reflexively, to itself rather than to the audience. The theme is now taken over by strings, very discreetly yet, surprisingly, in B major. Only Beethoven could dare take such a leap as early as in the sixth bar. And he immediately reveals himself as a symphonist, constructing his form away from all extant models.

The exposition and the entire first move dazzle not so much by the abundance of themes and episodes as by the freedom and the mastery with which this highly varied material is transformed into a uniform, crack-less whole. Most noticeable in the solo part are the sophistication of the technical means and the modification of their function. Figuratively speaking, Beethoven transubstantiates well-know trinkets of virtuosi into precious stones. In certain fragments of Concerto No. 4, imaginative relations between the piano and the orchestra give rise to new qualities of colour. The middle movement (Andante con moto) is short, shorter than in any of the remaining concertos; still, it emanates with a great power of musical expression. The dialogue of the piano and the orchestra, reduced here to the string group, is constructed by contrast: octave-doubled unison strings play, forte, a severe and dismal motive in expressive rhythm. The soloist responds with a mild and singing phrase, later interpreted by Liszt as a metaphor of Orpheus taming the beasts of the Underworld. A Romantic and programme association, yet a valid one: for when the strings´ theme dwindles and dies down, the triumphant Orpheus remains. This operatic and dramatic and suggestive and dark scene gone, an energetic Rondo brings the whole back out into the sun.