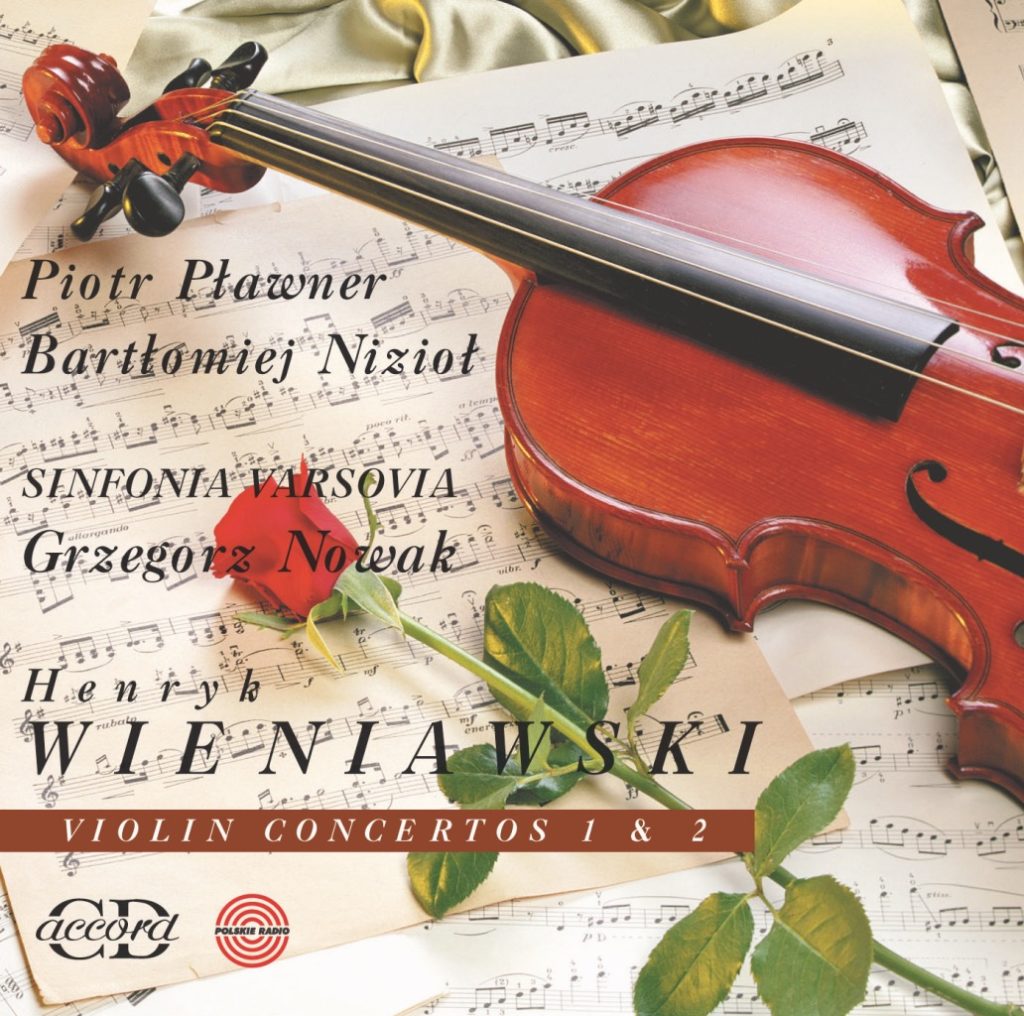 DESCRIPTION
TRACKLIST
LISTEN
DESCRIPTION
Henryk Wieniawski (1835-1880), a violin virtuoso, was regarded in his lifetime as the successor of Paganini and was compared to such great violinists of the time as Henri Vieuxtemp or Jozef Joachim. He became famous as a child prodigy who at the age of eight was admitted to the Paris Conservatory. When he was leaving it with a gold medal three years later he was the youngest graduate in its history. His subsequent tours all over Europe, Russia and the United States met with enthusiastic reception. His violin compositions, though created for his own needs, still enjoy wide interest and success (particularly “Legenda”). Wieniawski also composed two violin concertos – his only works for orchestra. This very romantic, melodious virtuoso music is still popular with audiences all over the world and is found in many solo repertoirs. A Fryderyk ’96 nomination. Two Wieniawski Competition winners on one album. “…The performance sometimes exceeds the best known interpretations… and the recording quality is just perfect!” [Ruch Muzyczny 10/97, M. Tokarska]
TRACKLIST

The 6th Ludwig van Beethoven Easter Festival Beethoven – Schubert – Chopin: In Search for the Expression of Own Existence