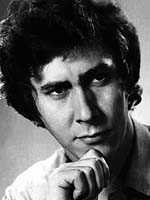 An outstanding Polish bass and a soloist with great European opera theatres (Opéra de Paris Bastille, La Scala, Opera di Roma, and others). He is the second prize-winner in the 2nd All-Polish Opera Competition at the Silesian Opera. In 1981 he won the Gold Medal and a Roncorogni Award in the Voci Verdiane Vocal Competition in Busseto (Italy), as well as the Grand Prix and the Audience Award at the 21st International Moniuszko Festival in Kudowa Zdroj and second prize in the International Opera Competition in Barcelona. He made his operatic debut as Skoluba in Straszny Dwor (The Haunted Manor) by Moniuszko at the Silesian Opera in Bytom. In that same opera he later sang the main roles in Il Trovatore and La Sonnambula. In 1983 he became a soloist with the Grand Theatre in Lodz, where he sang major parts in La Juive by Halévy, Mefistofele by Boito, Eugene Onegin, Die Walküre, Don Carlos, Lucia di Lammermoor. In 1984 R. Tesarowicz sang in the performance of Verdi’s I Lombardi staged in Busseto by Carlo Bergonzi. Two years later he appeared at the opening of Teatro Vittorio Emanuele in Messina (Gremin in Eugene Onegin and Raimondo in Lucia di Lammermoor). He has taken part in the production of the album and film The Barber of Seville for the Italian television RAI and in the recording of the opera War and Peace by Prokofiev (under Rostropovich; for EratoDisque). His next international success came in 1987 with Verdi’s Requiem performed in the Parisian Salle Pleyel and conducted by Genadi Rozhdestvensky. He also took part in the recording of Boris Godunov for Erato, conducted by Rostropovich; he played Warlaam in Andrzej Zulawski’s film production of the opera. He made a successful appearance at the Opera Festival in Dresden (Mefistofele), where critics compared him to Chaliapin. He has sung in La Fiancée du tsar at the Roman Opera (Malyuta), in Boris Godunov at the Paris Opera and in Rigoletto; in Lyon he has appeared in Luisa Miller and Aida, at La Scala in The Tale of Tsar Saltan. He has sung many times in French productions of Nabucco (Toulouse, Marseilles, Orange). He received very favourable reviews for his concerts in Monte Carlo (Beethoven’s 9th Symphony), Paris (Stravinsky’s The Wedding) and Stuttgart (The Polish Requiem by Penderecki). Associated with the Opéra de Paris Bastille since its opening in 1989, he has sung principal roles in the operas: Le Nozze di Figaro, Otello, Benvenuto Cellini, The Queen of Spades and Madame Butterfly. The artist sings bass parts in the works of Penderecki under the baton of the composer (The Polish Requiem, Te Deum, St. Luke Passion). His repertoire covers also oratorios by Bach, Haydn and Handel, as well as songs and contemporary music. He has recorded for radio and television in Europe and the USA. His discography contains a noteworthy selection of arias recorded with the Sinfonia Varsovia (under Jerzy Katlewicz and Filippo Zigante) and the cantata Rajok by Shostakovich (conducted by Rostropovich). Romuald Tesarowicz collaborates with the National Opera (Faust, Nabucco) and the Silesian Opera in Bytom; he also appears at chamber music concerts, where he sings Polish, French, Russian and German songs.