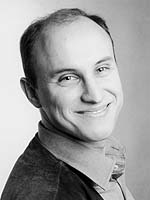 Nelson Goerner – born in San Pedro (1969), Nelson Goerner is one of the leading pianists of his generation. He began learning piano under the guidance of Jorge Garrubba, and continued at the Buenos Aires Conservatory under Juan Carlos Arabian and Carmen Scalcione. He won First Prize in the Liszt Piano Competition in Buenos Aires (1986). His rare talent was spotted by Martha Argerich, thanks to whom he was awarded a grant by the CIMAE Foundation and Mozarteum Argentino and took up studies at the Geneva Conservatoire. He graduated in 1990 with the highest distinction from the class of Maria Tipo. That same year he won First Prize in a competition in Geneva. Since this success he has appeared regularly in the most prestigious concert halls in Europe, Japan and both Americas. The September 1998 edition of the monthly BBC Music featured a \’Who\’s Who in Music\’, with profiles of over 250 figures from the world music scene. Nelson Goerner was included in the \’new blood\’ group of those young generation pianists that best measured up to the greatest masters.

His Chopin CD (EMI) caused a sensation on the record market. For Cascavelle Disques he has recorded Chopin, Rachmaninov (e.g. Sonata No. 2 and Études-Tableaux) and Liszt (12 études d\’exécution transcendante). In Poland, CD Accord has released a recording of his interpretation of Chopin\’s E minor Concerto and Fantasy on Polish Airs with the Warsaw National Philharmonic directed by Kazimierz Kord.

Nelson Goerner is one of the few virtuosi to perform both Brahms piano concertos on the same concert bill. Among his most outstanding achievements are marvellous renditions of Chopin and Liszt.

He is also an excellent chamber musician, working with the Takács Quartet, the cellist Steven Isserlis and the violinist Vadim Repin.