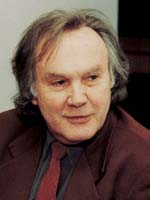 For 22 years director of the National Philharmonic. In 1962 he was appointed director ofthe Krakow Musical Theatre, becoming the youngest opera theatre director in the world at that time. Within eight years he premiered about thirty operas and ballets and took his theatre to the height of artistic achievement. For four years he was head of the Polish Radio and Television Symphonic Orchestra in Katowice. Since 1977 he has been director of the National Philharmonic, which has since then established its international reputation. With the group he has made over thirty very successful tours, visiting the most important venues in the world. In parallel with his work in Poland, he started conducting orchestras in Europe, Japan and the USA. For many years he maintained a close relationship with the Metropolitan Opera in New York (The Queen of Spades, Aida, Cosi fan tutte, Boris Godunov, Macbeth) and the San Francisco Opera (Falstaff, Otello and others). He has been associated with several European opera theatres (Amsterdam, Munich, Düsseldorf, London, Copenhagen). In the USA he conducted many symphonic orchestras, e.g. in Chicago, Cleveland, Pittsburgh, Detroit and Cincinnati (where for some time he was the principal guest conductor). In Europe he has conducted in London, Paris, Berlin, Vienna, Rome, Amsterdam, Leningrad, Hamburg, Cologne, Frankfurt, Moscow and Stuttgart). In the 1980’s for six seasons he was director of the Baden-Baden Südwestfunk Orchestra. He has been visiting conductor of the Osaka and Tokyo Orchestras. The range of his artistic interests is very wide, although he prefers forms with high dramatic tension and modern music, such as presented at the Warsaw Autumn Festival, the Lustoslawski Forum or Donaueschingen Festival. He has made numerous recordings for renowned labels (Decca, Deutsche Gramophon, EMI, Philips). Recently, together with the National Philharmonic, he has recorded complete Beethoven symphonies (for POLmusic and CD Accord), the works of Gorecki (for Philips), Szymanowski, Penderecki, Panufnik and Szymanski (for CD Accord). He boasts numerous home and international awards.