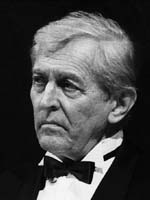 Born in 1922 in Lvov (now Lviv), he studied with Helena Oleska at the Lvov Conservatory. In 1945–1956 he was the soloist at the Silesian Opera in Bytom, from 1957 at the Warsaw Opera, and later at the Grand Theatre and National Opera in Warsaw. He died on 26 February 2000.Andrzej Hiolski was an artist of musical culture and immaculate technique. His repertoire was very wide. He was both a great performer of oratorios and songs and an active propagator of Polish contemporary music. In 1966 he took part in the world premiere of The Passion According to St. Luke by Penderecki in Münster, and in 1969 in Devils of Loudun in Hamburg. He sang the main baritone roles in The Haunted Manor by Moniuszko (Miecznik), Tosca by Puccini (Scarpia) and Eugene Onegin by Tchaikovsky…Andrzej Hiolski performed at the major concert halls and opera houses in Europe and the Americas. He took part in the major musical festivals, such as the Berliner Festwochen, the Salzburger Festspiele, the Holland Festival in Amsterdam, the Prague Spring Festival, the Warsaw Autumn Festival. He was the prize-winner of the coveted Grand Prix du Disque Award – in 1967 for The Passion According to St Luke and in 1970 for King Roger. In 1971 in Paris he received the Golden Orpheo Award for The Devils of Loudun. Particularly valued were his interpretations of contemporary music and Romantic songs.